As greenhouse warming continues, Pacific ENSO is projected to be less affected by the Atlantic Niño/Niña and more challenging to predict. Sea surface temperature variability in the equatorial eastern Atlantic, which is referred to as an Atlantic Niño (Niña) at its warm (cold) phase and peaks in boreal summer, dominates the interannual variability in the equatorial Atlantic. By strengthening of the Walker circulation, an Atlantic Niño favours a Pacific La Niña, which matures in boreal winter, providing a precursory memory for El Niño–Southern Oscillation (ENSO) predictability. How this Atlantic impact responds to greenhouse warming is unclear. A paper, co-authored by CSHOR researchers, recently published online in Science Advances shows that greenhouse warming leads to a weakened influence from the Atlantic Niño/Niña on the Pacific ENSO. In response to anomalous equatorial Atlantic heating, ascending over the equatorial Atlantic is weaker due to an increased tropospheric stability in the mean climate, resulting in a weaker impact on the Pacific Ocean. Read the full article by Fan Jia, Wenju Cai and Lixin Wu et al. at this link. Wenju Cai comments on these findings in a ScienceNews article by Maria Temming. 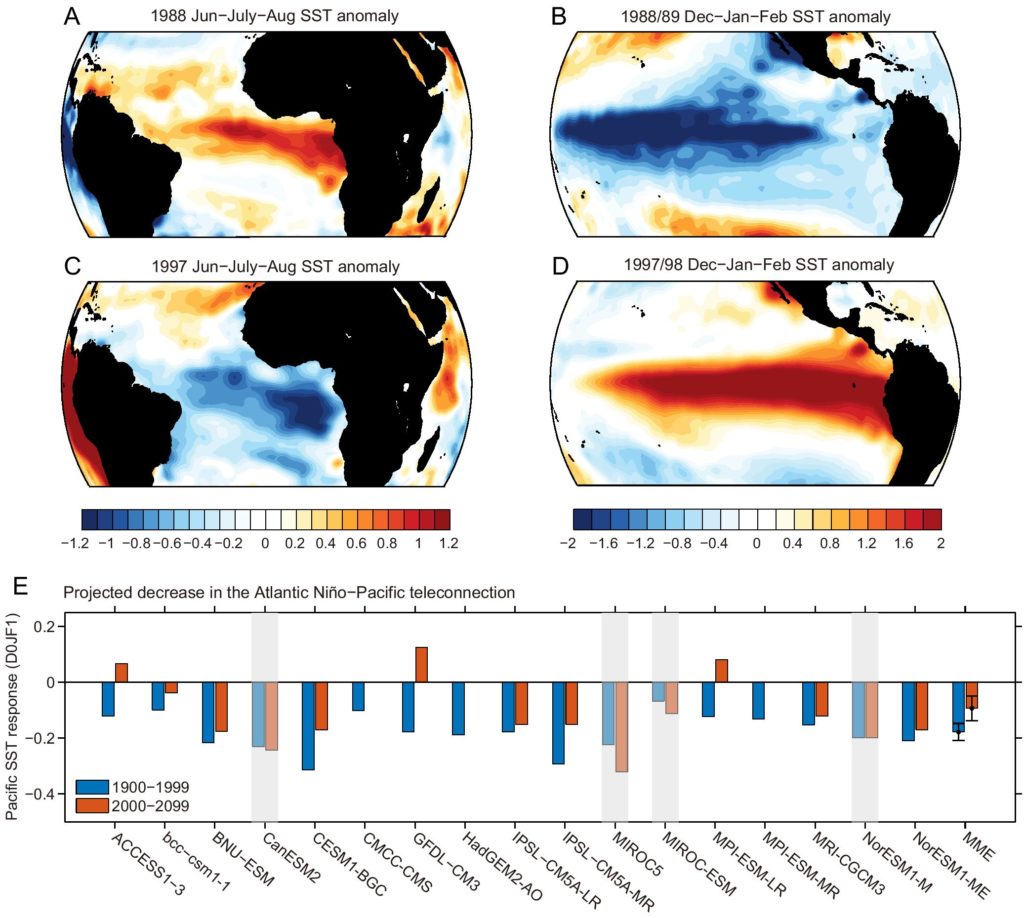