The Advisory Committee, comprising six independent science leaders and representatives of QNLM and CSIRO, provides strategic advice on the scientific direction of CSHOR. 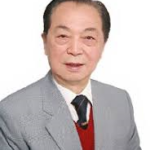 Prof AN Zhisheng, a member of the Chinese Academy of Sciences (CAS) and Foreign Associate of the National Academy of Sciences (NAS), is a well-known scientist of Earth Sciences in the world. He is a leading researcher in Asian monsoon dynamics and global climate change, with a focus on the evolution of Asian monsoon, its mechanisms and environmental effects. Based on his pioneering study on loess and other records and their climatic significance, he proposed the “monsoon control theory” which hypothesized that East Asian environmental changes  were largely controlled by monsoon variations since late Cenozoic. His multidisciplinary research from classical Quaternary geology to Earth System Science is considered to be one of the important achievements in global change research. Prof AN served as Vice Chairman of INQUA from 1999 to 2007, and Vice Chair of IGBP steering committee from 2003 to 2006 (Image source: IEECAS). 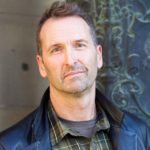 Dr Paul Hardisty commenced as Chief Executive Officer of the Australian Institute of Marine Science in July 2017.  An honours graduate in Geological engineering from the University of British Columbia, Canada, he has a Masters in Hydrology, and a Doctorate in Environmental Engineering, from Imperial College, London. He has been a Visiting Professor in Environmental Engineering at Imperial College, London, since 1999 and is an adjunct Professor at the University of Western Australia. Dr Hardisty has worked extensively in marine and coastal environments and on marine research projects, with many of the stake holder and customer groups that AIMS deals with. He has substantial experience of both the public and private sector. He was the founder, owner and leader of Komex Environmental Ltd, an international environmental consultancy, built from start-up to a $50 million pa turnover company with a thousand employees and sold to the engineering services company Worley Parsons, in 2006. From 2006-2013, Dr Hardisty served as Global Director, Corporate Responsibility and Global Director, Sustainability and Economics for Worley Parsons.  In 2013, Dr Hardisty joined CSIRO, initially as Flagship Director, CSIRO Climate Adaptation Flagship, and more recently, as Business Unit Director, CSIRO Land and Water (Image source: AIMS). 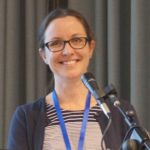 Dr Debbie Hudson joined the Australian Bureau of Meteorology in 2003 after working at the UK Met Office and the University of Cape Town. She is a Principal Research Scientist that leads the research team focusing on sub-seasonal and seasonal forecast applications, supporting the delivery of improved seasonal prediction services and products for Australia. The research and development includes forecast post-processing, calibration, verification, product development and understanding predictability and climate variability to support a range of projects, stakeholders and applications. A key component of Dr Hudson’s work involves leading research and development projects and interacting with internal and external stakeholders. She has led major externally funded sub-seasonal prediction projects that have laid the foundation for the Bureau’s movement into sub-seasonal prediction and the prediction of extremes. She is heavily involved in the progression of the Bureau’s seasonal forecast system and products from R&D into operations and services. Dr Hudson is a member of the Australian Academy of Science’s National Committee for Earth System Science and the World Climate Research Programme (WCRP) Working Group on Sub-seasonal to Interdecadal Prediction (WGSIP). 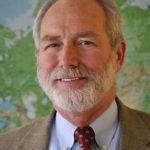 Dr Michael McPhaden is a senior scientist with the US National Oceanic and Atmospheric Administration’s Pacific Marine Environmental Laboratory in Seattle, Washington. Dr McPhaden’s research focuses on large-scale tropical ocean dynamics, ocean-atmosphere interactions, and the role of the ocean in climate. During the past 35 years, Dr McPhaden has focused on developing ocean observing systems for climate research and forecasting, most notably the Tropical Atmosphere Ocean (TAO) moored buoy array in the Pacific Ocean for studies of El Niño and La Niña. He is a past President of the American Geophysical Union, an organization of 60,000 scientist from 140 countries. 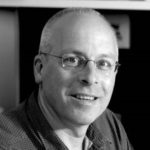 Dr Tas van Ommen is the Program Leader: Antarctica and the Global System at the Australian Antarctic Division (AAD). He has a background in experimental physics (PhD in astrophysics, University of Tasmania) and worked in radioastronomy with the United States National Aeronautics and Space Administration Jet Propulsion laboratory before transitioning to Antarctic science. Dr van Ommen’s main research interests centre around ice core palaeoclimate studies, particularly high resolution palaeoclimate work extending back into the last glacial period. His ice core research from the Law Dome ice core and has been focused on comparison and calibration of ice core records with meteorological data. This work includes the discovery of a link between Antarctic snowfall and drought in Australia. Other research includes a leading role in 2000-year Antarctic climate reconstruction work for the international project – Past Global Changes (PAGES), and the mapping of bedrock across the Aurora Basin region with the International Collaboration for Exploration of the Cryosphere through Aerogeophysical Profiling (ICECAP) initiative. Dr van Ommen’s Program at the AAD aims to provide detailed climate reconstructions and obtain calibrations for ice core data streams against modern meteorological data. Dr van Ommen has been on six field expeditions including the deep field Aurora Basin Ice coring expedition and associated traverse. 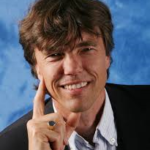 Prof Martin Visbeck holds the physical oceanography chair at GEOMAR Helmholtz Centre for Ocean Research Kiel and Kiel University, Germany. During a postdoctoral fellowship at MIT, Cambridge USA, his research interest focused on the interaction between ocean eddies and deep convection regions and their respective heat and density transports. As a Research Scientist at Lamont-Doherty Earth Observatory and Associate Professor at Columbia University, New York, his interest shifted to more general aspects of the ocean’s role in the climate system including work on the North Atlantic Oscillation and Deep Water formation off Antarctica. Since October 2004 he holds the chair in Physical Oceanography at GEOMAR and Kiel University. Prof Visbeck has served on several national and international advisory committees. Currently, he is member of the Scientific Steering Group of the World Climate Research Project CLIVAR (Climate Variability and Predictability), which facilitates global climate research in the atmosphere and ocean. He is a member of the German National Committee for Global Change Research, the German Research Foundations (DFG) Senatscommission for Oceanography, chairman of the German Committee Future Earth, in the Leadership Council of the Sustainable Development Solutions Network, and is Speaker of the Kiel Research Cluster ‘The Future Ocean’ supported by the German Excellence initiative, which is advancing integrated marine sciences (Image source: Kiel University).