Understanding present and future dynamics of ENSO and the IOD 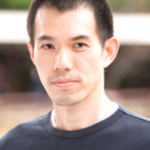 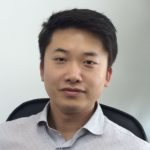 [Music plays and animation waves appear moving up from the bottom of the screen and text appears above: The Centre for Southern Hemisphere Oceans Research]

[Image shows animation waves moving up the screen and over the text and then the image changes to show Agus Santoso talking to the camera and text appears: Agus Santoso, CSHOR Project Leader, University of New South Wales]

Agus Santoso: The project I will be leading will be investigating the role of Southern Hemisphere oceans in the dynamics of El Nino and Indian Ocean Dipole.

Southern Ocean is a big question mark, so by understanding the role of southern oceans, then we will be able to improve things like prediction of El Nino Southern Oscillation and of course eventually it will benefit many people.

This work is important because tropical climate variability like El Nino and Indian Ocean Dipole impact on climate around the world such as countries like Australia.

[Music plays and the image changes to show animation waves across the bottom of the screen and Qingdao National Laboratory for Marine Science and Technology, CSIRO, UNSW and University of Tasmania logos appear]

The El Niño Southern Oscillation (ENSO) and the Indian Ocean Dipole (IOD) affect millions of human lives in the tropical belt and beyond. The likelihood of extreme weather events such as drought, heatwaves, floods, and cyclones is elevated during such events, particularly extreme ENSO and extreme positive IOD. Understanding their dynamics is of utmost importance as to enhance our capacity to predict their occurrences, especially their trends in a climate that is undergoing change.

Present outstanding issues on this topics are many, and these include: generation mechanism of ENSO diversity (mechanism of extreme El Niño and weak El Niño) and the associated diversity in ENSO teleconnections; uncertainty in projected change in future ENSO and the IOD; and the role of the Southern Hemisphere oceans, in the ENSO and the IOD life cycle.

The objectives of the project are to:

In an article published online today in Nature we show that like a butterfly effect, an infinitesimal random perturbation to identical initial conditions induces vastly different initial ENSO variability, which systematically affects its response to greenhouse warming a century later. In experiments with higher initial variability, a greater cumulative oceanic heat loss from ENSO thermal damping reduces stratification of the upper equatorial Pacific Ocean, leading to a smaller increase in ENSO variability under subsquent greenhouse warming. This self-modulating mechanism operates in two large ensembles generated using two different models, each commencing from identical initial conditions but with a butterfly perturbation; it also operates in a large ensemble generated with another model commencing from different initial conditions and across climate models participating in the Coupled Model Intercomparison Project. Thus, if the greenhouse-warming-induced increase in ENSO variability is initially suppressed by internal variability, future ENSO variability is likely to be enhanced, and vice versa. This self-modulation linking ENSO variability across time presents a different perspective for understanding the dynamics of ENSO variability on multiple timescales in a changing climate. Go to the CSHOR post for a link to the article and to related news items.

Drs Cai and Santoso explain the Centre’s recent IOD research in a CarbonBrief online article looking at the possible causes of the recent locust swarms. Read Daisy Dunne’s article at this link.

Dr Wenju Cai and co-author’s research is considered in a National Geographic online article exploring the link between recent devastating locust plagues and the increasing frequency of cyclones in the Horn of Africa. Read Madeleine Stone’s article at this link.

ABC News talked with Dr Wenju Cai, CSHOR Director, about the Indian Ocean Dipole’s (IOD) influence on drought in Australia. Read the full article which discusses both Dr Cai’s and Prof Nerilie Abram’s (ANU Research School of Earth Sciences) IOD research. Key points listed in the article are: changes in the IOD’s behaviour is increasing the risk of more droughts for Australia; IOD events have become stronger and more frequent since the 1960’s; and one of the main reasons this has happened is because the Indian Ocean off Africa was warming faster than the Indian Ocean off Australia.

Science News talked with Dr Wenju Cai, CSHOR Director, about the historical link between the Indian Ocean dipole (IOD) and Australian fires, and the outlook for the current fire season. In the article, Dr Cai explains that the IOD pattern has positive, negative and neutral phases, depending on whether eastern or western Indian Ocean waters are warmer than average. The more extreme the temperature difference between the ocean’s eastern and western regions, the stronger the phase. When the Indian Ocean dipole is in a particularly strong positive phase — as it was in 2019 — it correlates to some of Australia’s worst fire seasons.

CSHOR researchers are convening a session titled, Indo-Pacific Climate Variability and Its Teleconnection to Southern Hemisphere, at AOGS 17th Annual Meeting in Hongcheon, South Korea from 28 June to 4 July 2020. The Southern Hemisphere oceans encompass many key elements of the Earth’s climate system, e.g., Indo-Pacific warm pool, Indonesian Throughflow, Super-gyre Circulation, and the vast Southern Ocean. Although more than 80% of the Southern Hemisphere is covered by ocean, the Amazonia, which has the largest rainforest in the world working as the lungs of the planet, and the Antarctic, which is covered by an average two-kilometre-thick ice sheet, can influence the Earth’s climate tremendously. All these components are influenced by climate variability occurring in the tropical Pacific and the Indian Oceans, such as the El Niño-Southern Oscillation (ENSO) and Indian Ocean Dipole (IOD).  Indo-Pacific climate variability exerts significant impact on weather patterns, rainfall, air-sea fluxes, sea level, ocean density and circulations, ecosystems, and many others. How it teleconnects to the Southern Hemisphere, and how it changes under global warming, continue to be areas of active research.

New CSHOR research has found global warming will make it more difficult to predict multi-year global climate variations, a consequence of changes to long-term climate variability patterns in the Pacific Ocean. The results, published today in Nature Climate Change, shed light on how the Pacific Decadal Oscillation (PDO) is responding to a changing climate, with implications for assessing multi-year risks to marine ecosystems, fisheries and agriculture. More detail provided in the CSHOR post at this link.

As greenhouse warming continues, Pacific ENSO is projected to be less affected by the Atlantic Niño/Niña and more challenging to predict. A paper, co-authored by CSHOR researchers, recently published online in Science Advances, shows that greenhouse warming leads to a weakened influence from the Atlantic Niño/Niña on the Pacific ENSO. In response to anomalous equatorial Atlantic heating, ascending over the equatorial Atlantic is weaker due to an increased tropospheric stability in the mean climate, resulting in a weaker impact on the Pacific Ocean. Read the full article by Fan Jia, Wenju Cai and Lixin Wu et al. at this link. Wenju Cai comments on these findings in a ScienceNews article by Maria Temming.

CSHOR scientists, Wenju Cai and Agus Santoso, are quoted in an Age Newspaper article highlighting the increased probability of a large El Niño by the end of this year. The article by Peter Hannam discusses the findings from an international climate science conference held earlier this month in Chile.  The prospect is developing on the back of recent findings by CSHOR team for possible increase in extreme El Nino occurrences under greenhouse warming. Read the full article by Cai et al. at the following link.

In a Science paper published recently Cai et al. review what we know about the pantropical interactions, discuss possible ways of improving predictions of current climate variability, and consider how projecting future climate under different anthropogenic forcing scenarios may be improved.

CSHOR gathered ENSO experts and students in Hobart over a 3-day symposium to address important scientific questions regarding the reliability of current modelling and observational tools and what advances are required to improve projections of ENSO in a changing climate.

The field of ENSO research is rapidly progressing and it is necessary to re-assess the state of ENSO science.  ENSO significantly impacts our climate, ecosystems, economy and society on a global scale. An improved understanding of its dynamics, evolution, predictability, teleconnection and impact in a climate that is undergoing change is critical to manage risks and resources.  The character of ENSO and the frequency of extreme events may change on a warming planet. Just a couple of years ago an extreme El Niño with major global climatic consequences occurred and one may wonder when the next big one will arrive.

The Symposium was followed by a 2-day writing session for ENSO book authors on 1-2 February at CSIRO Marine Laboratories.

The El Niño–Southern Oscillation (ENSO) is the dominant and most consequential climate variation on the planet.

Answering the question of how ENSO may change under greenhouse warming has been plagued for decades by a persistent lack of inter-model agreement on the response of the associated sea surface temperature variability.

This paper by Cai et al. shows for the first time strong inter-model consensus over sea surface temperature variability of a type of El Niño, eastern Pacific El Niño that is strong in both strength and impact, despite differences in the details of the simulated El Niño across models.

Read the full article at the following link. An associated Nature News and Views article is at this link.

El Niño events are characterized by tropical Pacific surface warming and weakening of trade winds occurring every few years. Such conditions are accompanied by changes in atmospheric and oceanic circulation, affecting global climate, marine and terrestrial ecosystems, fisheries and human activities. The alternation of warm El Niño and cold La Niña conditions, referred to as the El Niño-Southern Oscillation (ENSO), represents the strongest year-to-year fluctuation of the global climate system. A Nature review paper published recenlty (Timmermann et al. 2018) provides a synthesis of the current understanding of the spatio-temporal complexity (In terms of amplitude, timing, duration, predictability and global impacts) of this important climate mode and its influence on the earth system. The paper proposes a unifying framework to explain ENSO spatio-temporal complexity, by considering the two most dominant coupled modes of variability on about two-year and four-year time scales. Read the full article at the following link. The CSIRO blog highlighting six reasons you should care about El Niño is also recommended reading.

In a paper published in Nature Communication (Cai et al. 2018a) we show that the extreme pIOD frequency is projected to increase linearly with the GMT but approaches a maximum as the GMT stabilises, in stark contrast to a continuous increase in the extreme El Niño frequency long after the GMT stabilisation. Further detail can be found at this link.

In a paper published in Nature Climate Change (Wang et al., 2017a) we demonstrate that extreme El Niño frequency increases linearly with the GMT towards a doubling at 1.5 °C warming. This increasing frequency of extreme El Niño events continues for up to a century after GMT has stabilized, underpinned by an oceanic thermocline deepening that sustains faster warming in the eastern equatorial Pacific than the off-equatorial region. Ultimately, this implies a higher risk of extreme El Niño to future generations after GMT rise has halted. On the other hand, whereas previous research suggests extreme La Niña events may double in frequency under the 4.5 °C warming scenario8, the results presented here indicate little to no change under 1.5 °C or 2 °C warming.