A message from the Director 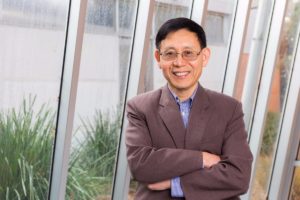 Notable advances in understanding the global climate system are reported in the fifth and final year, of CSHOR. Project researchers discovered that the mixing in the Indonesian Seas, which plays a pivotal role in the climate system, is substantially powered by remotely generated planetary (Rossby and Kelvin) waves from the Indian Ocean and the Pacific Ocean. Likewise, ocean temperature variability in the western-central Pacific is important for variability of Ningaloo Niño, which is characterised by devastating marine heatwaves.

Further, our scientists discovered that Southern Ocean warming-induced meltwater input is likely to drive a contraction of Antarctic Bottom Water, facilitating a greater access of warm Circumpolar Deep Water to the continental shelf. Our observation team has found a warming signal along the Australian East Antarctic sector induced in part by a southward migration of the westerlies/easterlies, which is likely behind the recent acceleration in the ice mass loss from the East Antarctic Ice Sheet. Such observations are essential for understanding how southern oceans are changing, and for constraining projection of future changes. For example, using Argo array observations since 2005 to constrain projected thermosteric sea level rise suggests that without dramatic reductions in greenhouse gas emissions, by the end of this century, the upper 2,000 metres of the ocean is likely to warm by 11-15 times the amount of warming observed during 2005-19.

An overall measure of the Centre’s achievement is its publication performance. Since July 2017, CSHOR’s publication rate per year per full-time equivalent scientist stands at 4.3, compared to the CSIRO Oceans and Atmosphere (O&A) Business Unit average of 2.6.  CSHOR has published 18% of its total publications in ‘high-impact journals’ compared with the O&A average of 5.5%; when compared with O&A’s 49 peer organisations in the field of geosciences and environment/ecology, CSHOR’s 18% is more than double the rate of the closest organisation – Max Planck Society at 7.5%.  In terms of Normalised Citation Impact, CSHOR ranks 4th  (CSIRO at 16th) among the 49 peer organisations and CSHOR ranks 1st (CSIRO at 10th) by the proportion of publications in the top 1% and again ranks 1st (CSIRO at 22nd) by the proportion in top 10%. The CSHOR Science Review provides more detail on the Centre’s publication performance and associated highlights.

There are many other exciting results in the pipeline, which will appear in the press after CSHOR’s closure.

Further detail will be published in the CSHOR 2021-22 Annual Report in August.