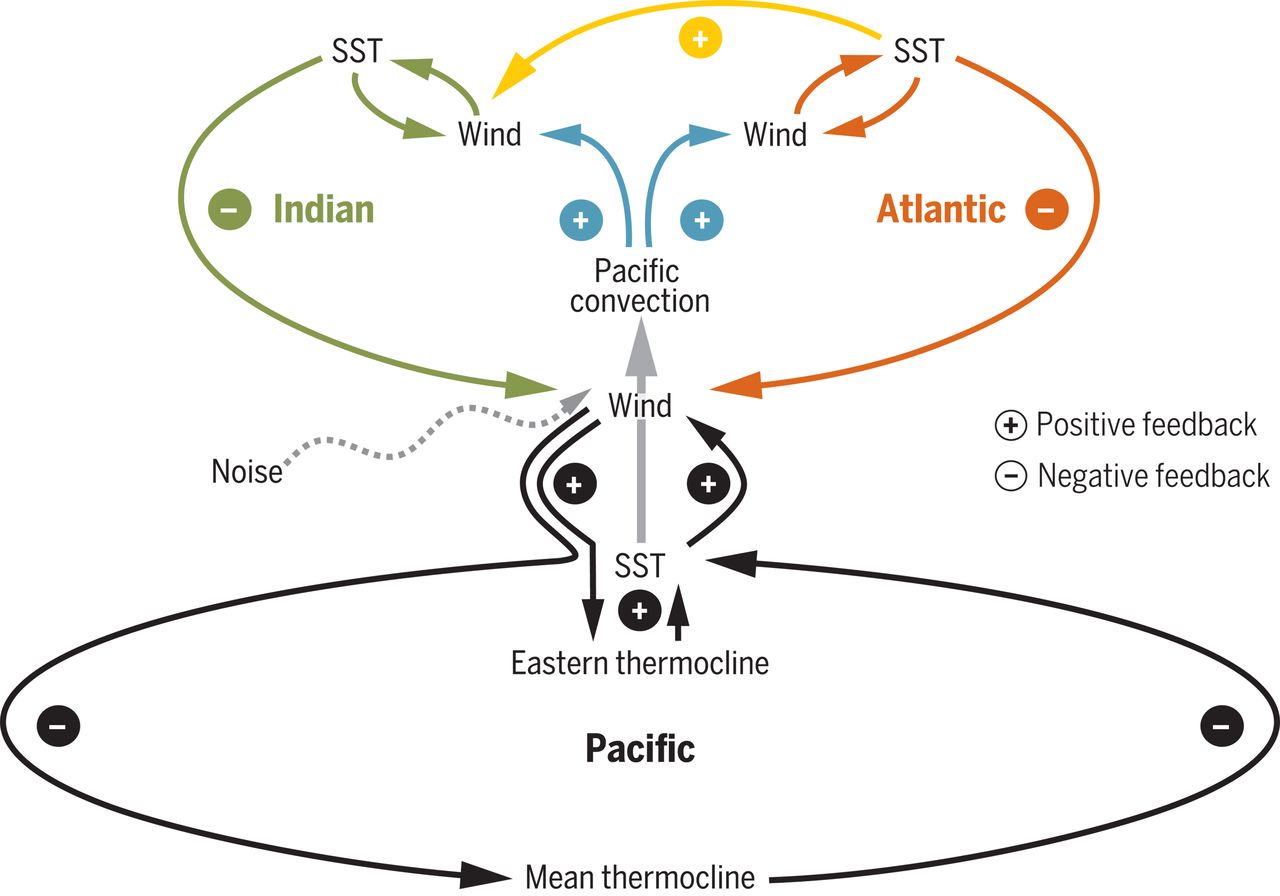 The El Niño–Southern Oscillation (ENSO), which originates in the Pacific, is the strongest and most well-known mode of tropical climate variability. Its reach is global, it can force climate variations of the tropical Atlantic and Indian Oceans by disturbing the global atmospheric circulation. Less appreciated is how the tropical Atlantic and Indian Oceans affect the Pacific. Especially noteworthy is the multidecadal Atlantic warming that began in the late 1990s, because recent research suggests that it has influenced Indo-Pacific climate, the character of the ENSO cycle, and the hiatus in global surface warming. Discovery of these pantropical interactions provides a pathway forward for improving predictions of climate variability in the current climate and for refining projections of future climate under different anthropogenic forcing scenarios. In a Science paper published recently Cai et al. review what we know about these pantropical interactions, discuss possible ways of improving predictions of current climate variability, and consider how projecting future climate under different anthropogenic forcing scenarios may be improved. They argue that making progress in this field will require sustained global climate observations, climate model improvements, and theoretical advances.

Find out more about CSHOR ENSO and the IOD research on the project page.