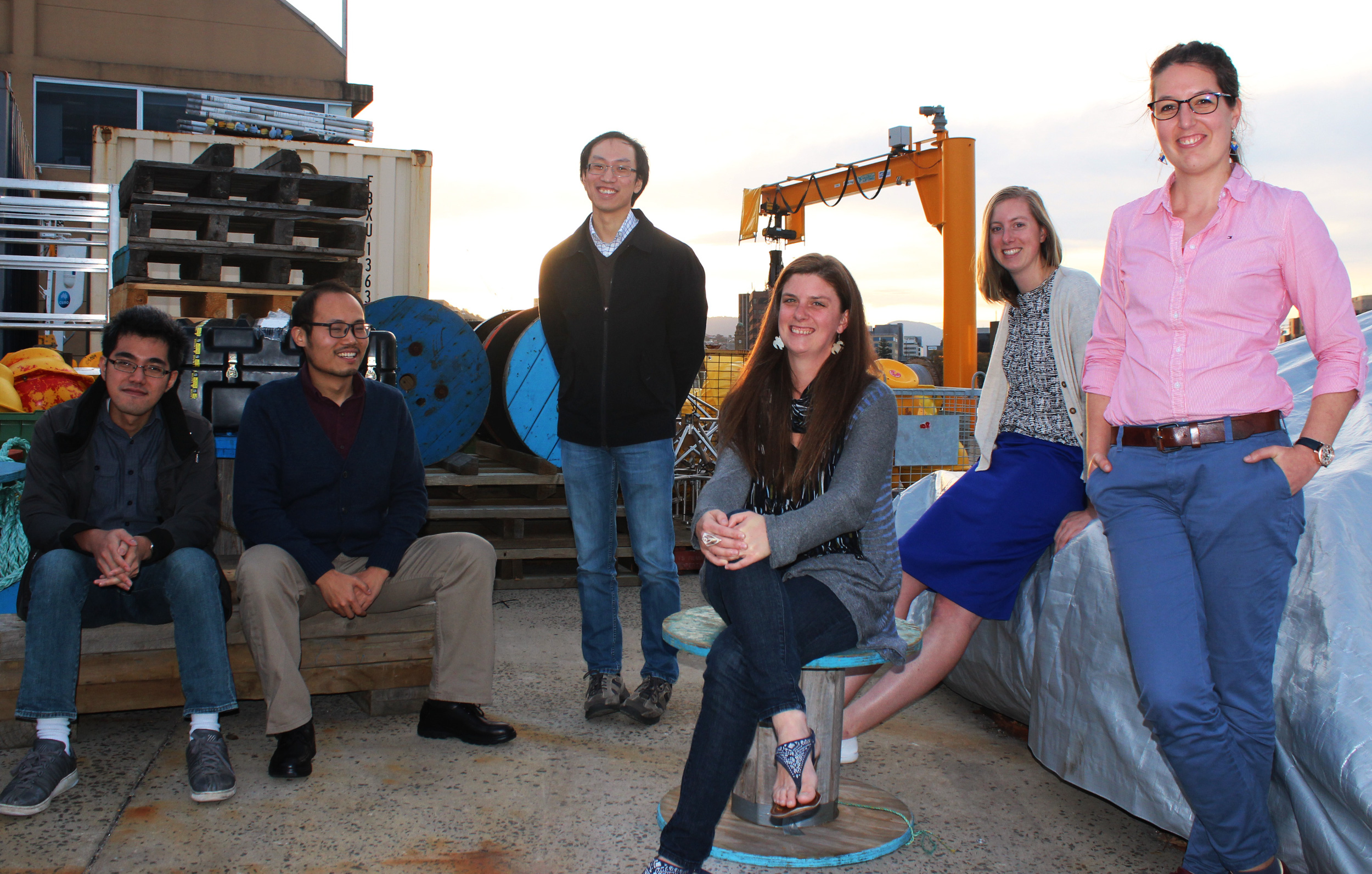 After a flood of applications and hours spent trawling through CVs, the Centre for Southern Hemisphere Oceans Research (CSHOR) welcomes six new Postdoctoral Fellows aboard.

The Postdocs will be tackling important questions about the southern hemisphere oceans, their ongoing role in the global carbon cycle, their interaction with Antarctic ice shelves, and their potential impact on sea level rise.

A huge eighty percent of the southern hemisphere is covered by oceans and they’ve been largely unmeasured and poorly understood. These same oceans play a crucial role in the climate system, absorbing more heat and carbon dioxide than any other region in the world.

By improving our understanding of the complex science at play in these systems, the Postdocs’ research will provide insights into the impacts that southern oceans have on climate variability and change at a regional and global scale.

CSHOR is part of CSIRO’s Climate Science Centre, and is a collaborative research partnership between China’s Qingdao National Laboratory for Marine Science and Technology (QNLM) and CSIRO.

“I’m truly delighted to have this group of young, enthusiastic scientists join our team in Hobart,” said Helen Cleugh, director of the Climate Science Centre.

“The projects they are working on are helping to significantly improve our understanding of this region – a region with great importance to the climates of Australia and China.”

CSIRO’s CSHOR Postdoc recruits are based in the Climate Science Centre, which since establishment (March 2017) has recruited 21 new staff.

The chance to explore the southern oceans in more detail and Australia in general that was a common draw card for the new arrivals.

“Having grown up in the States, and spent all of my time in the northern hemisphere, Australia (and especially Tasmania) has always been far away and felt out of reach. It’s exciting that a place that used to seem so foreign is now where I call home,” said Annie Foppert.

Our new recruits are also excited by the opportunity to go to sea to conduct their ocean and climate research, and are looking forward to opportunities aboard CSIRO’s RV Investigator.

“When the role was advertised if felt like a perfect fit for me: to continue my work on understanding Southern Ocean dynamics and water masses using a combination of both ocean observations and models.

The opportunity to work alongside experts in both ocean observing at CSIRO and the University of Tasmania, and ocean and climate modelling at the University of NSW is unique and I hope to learn a lot from both groups. Finally, I am looking forward to going to sea, I love going to sea!” said Veronica Tamsitt.

Previous post:
Recent progress in climate change research
Coming up next:
Global warming is melting Antarctic ice from below